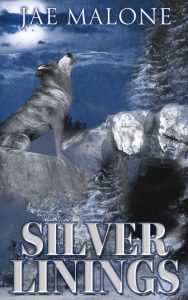 Volume 1 of
‘The Winterne Series’

Christmas is approaching and for 14 year old Sam Johnson it promises to be the best ever. The prettiest girl in school agrees to go to the Christmas Ball with him and his father is coming home from South Africa. But it all goes awry when Fate steps in and turns his world upside down. Spending Christmas with little known relatives in the heart of Somerset is not exactly his idea of a good time. But phantom lights in the nearby forest and his new uncle’s secretive moonlit walks are mysterious enough but, when he hears what sounds like wolf howling in the night…

In ‘Silver Linings’ there is detailed bullying at school. These incidents are factual and happened to my daughter when she was just 8 years old. Bullying is never acceptable at any age.

‘An intriguing read.  This book would work well on the big screen.’
Allan Clifford – BBC Radio 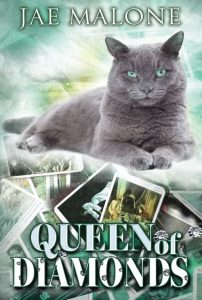 Volume 2 of
‘The Winterne Series’

‘Farrow’d sell ‘is own granny for a fiver in them days an’ I can’t imagine ‘e’s improved any since. If you’ve got dealin’s wiv ‘im, then watch out fer yerself Mrs Atkins. Get shot of ‘im, sharpish.’
Sam Johnson loves his life in Winterne and has friends above and below ground. But trouble is never far away. Once again, he becomes entangled in someone’s criminal plans. Who is the ghost who walks through walls? Who is the mysterious figure seen in the woods? Are they the same person?
This time Sam needs the help of Charlie, his extraordinary friends and the local witch to catch a killer.

‘Jae gets better with every book she writes and could easily give J K Rowling a good run for her money.’
Newark Advertiser

‘Jae Malone’s imagination is on the same wave length as the great legendary J R R Tolkien. She writes with great vividness, intensity and sophistication.’
Amazon 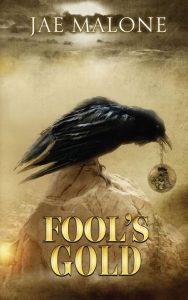 Volume 3 of
‘The Winterne Series’

In this third volume of ‘The Winterne Series’ as the end of year Prom approaches, Sam discovers Jenny’s keeping secrets and an exotic visitor arrives putting an old friend in danger. Elven family history, a threat to a queen and a missing elf become entangled in this tale of greed and retribution. Above ground there’s danger. Below, there’s a wedding, conflict and betrayal. And all before summer begins!

Jae has a fluid and easily accessible writing style, while the stories feature richly layered plots where high fantasy, school-year tribulations and dark nefarious deeds interweave. In short it has a broad appeal. Steve Bowkett – ‘Writer, storyteller, educational consultant, Member of the Society of Authors and National Association of Writers in Education (NAWE)

Having originally written my books under the pen-name ‘Karen Wright’, when the books were re-edited and given their beautiful new covers, thanks to Cathy Helms of Avalon Graphics, I decided to use my own name. However, as there are so many ‘Julies’ I wanted something a little different. So, at the suggestion of my daughter, Rachel, ‘Jae’ Malone was created just as I was taken on by my new publisher, New Generation Publishing. 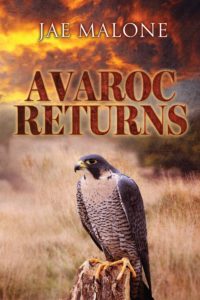 It has taken a long time to write the fourth volume in the series but ‘Avaroc Returns’ is now available.

Sam is now 29 years old, married to Jenny and they have a small daughter they named Bethany. Jason and Sue married and moved away to Bath, and Jonah is a Medical Registrar at a hospital in London. But dark times are coming to Winterne. Queen Ellien’s uncle, is secretly planning to turn clan against clan to undermine Ellien’s rule and bring about a war between elf clans. He will stop at nothing, including murder and kidnapping, bringing despair to Winterne. Charlie, Halmar, Sam, Jenny, Morgan, and her cousin, Jericha, unite to stop further heartbreak that will affect not only the elves. Loyalties are tested to the limit and sometimes keeping your enemies close isn’t the best plan…

Since hearing about a man’s body having been found by divers in one of the under-sea caves on the island of Tenerife, I have begun plans for a crime book set on the island concentrating on scuba diving and Spanish gold smuggling. This may be for young adults but there is a possibility it may have more of an adult crime theme…we’ll see. I hope to start this story later this year.